Well sweet friends, the holidays are officially in full swing and the ladies at The Struggle are feeling the cheer. Unless you’ve been living under a non-denominational rock in the middle of the sea you have probably been accosted by at least one inebriated Santa, a frat bro in a beat up looking Grinch onesie, and at least one 25 year old girl in a Christmas themed corset crying in the bathroom of a bar because her ex-boyfriend showed up with another 25 year old in a Hanukkah themed corset. ‘Tis the season, am I right?

Since our intention of this blog is to get real about the struggles of trying to get healthy in this day and age, we thought we’d put together a little list for you readers. As experienced holiday survivors we know the ins and outs of getting through this tricky season. In fact, we’ve done most of the “LOL, seriously stops” on this list as a sort of trial run for you. Worried about how to act at your company’s holiday party? Don’t worry – we’ve already made all the mistakes for you. Concerned about navigating the sugar-ladled buffet at your aunt’s house? Fear not sweet child, we already polished off the holiday cookies. Your friend is OD’ing on a menorah shaped tab of acid at a rave in the desert? Seriously stop reading this blog and call 911.  You’re an idiot, we are not doctors, and aren’t you a little too old to still do acid in the desert? Some people…

Anyways, the holidays are here and as long as you follow this list we may just see you on the other side. So wipe off those cookie crumbs, pop on the Mariah, and get to reading. Happy holidays from The Struggle, babes. 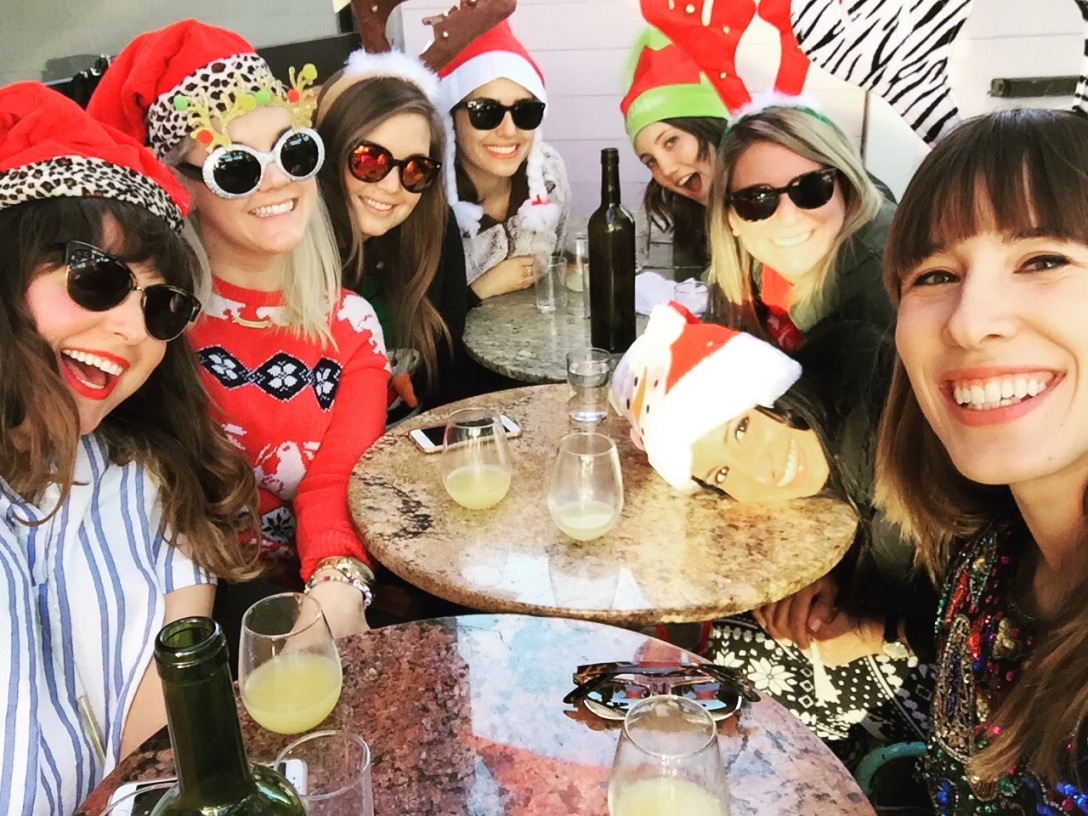 DO: Go to a holiday brunch with 7 of your closest friends. Wear holiday hats and be merry.

DON’T: Drink 13 mimosas in 4 hours, pop on a Santa hat, climb on top of the table then up the wall, and pretend you’re Elf on the Shelf until a flustered waiter politely asks you step down.

PRO TIP: If you find yourself Elfing-on-the-Shelf’ing, make sure to snapchat it for video evidence. 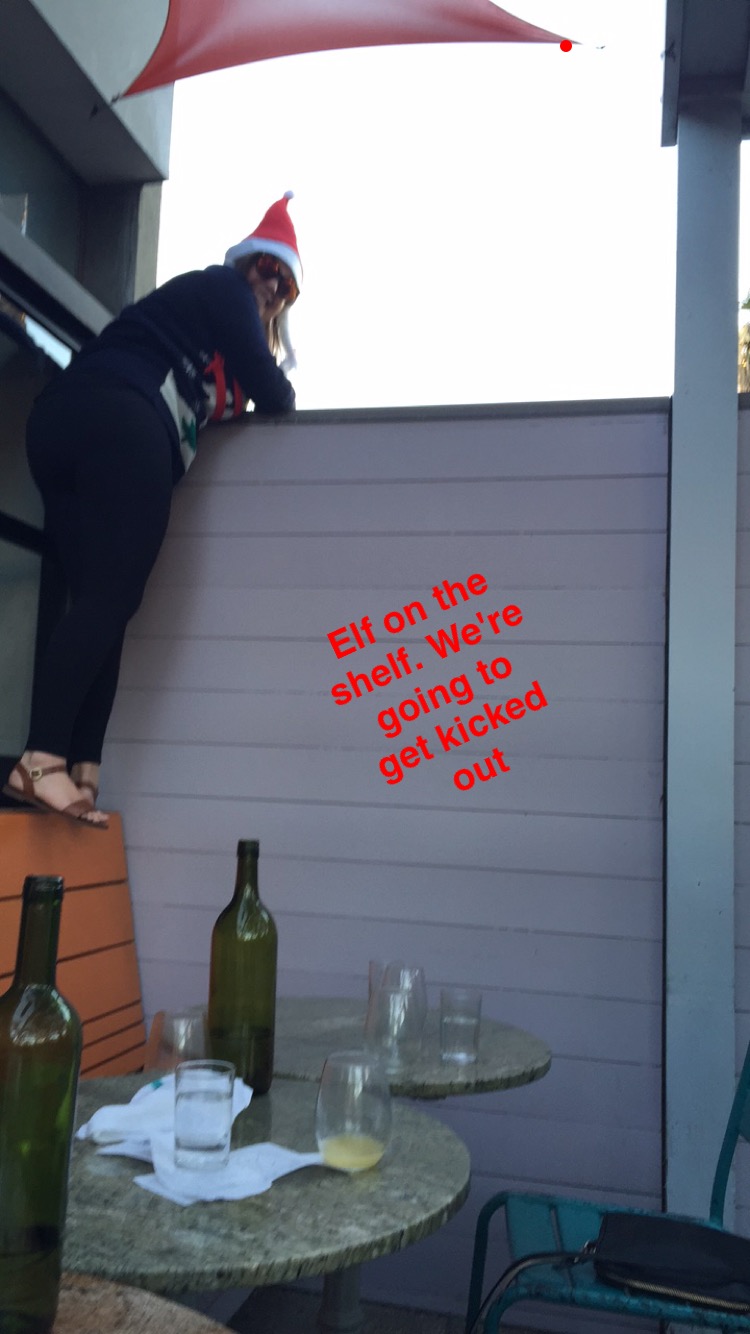 DO: Go to a fabulous, luxurious dinner with your friends at Shutters On The Beach (ever heard of it?)

DON’T: Tell them loudly over multiple plates of cheese, bread, tortellini, tuna tartare and caesar salad (for health) about your childhood obsession with carved walking sticks, polished stones, Tae Kwon Do and becoming a real dolphin.

DO: Go to your work holiday party and have a great time

DON’T: Drink multiple martinis, switch to vodka soda to “slow down”, go up to your coworker on the dance floor at the end of the night, steal his drink and then facepalm him while laughing maniacally.

PRO TIP: Jack in the Box closes before 2am on weeknights. Plan accordingly.

DO: Snag an invite to the holiday party of the company you quit in February of this year.

DON’T: Replace your anxiety of seeing all of your old coworkers with vodka.

PRO TIP: If you make it through the night without blacking out, making out, tripping, scolding, yelling, barfing, kicking, dry-heaving, or crying then give yourself a giant fucking pat on the back.

DO: Start a roaring, bar-wide rendition of “We Will Rock You” on hour 8 of the aforementioned drunk holiday brunch.*

DON’T:  Continue it for more than 7 minutes unless you want to get kicked out of the bar. Freddie Mercury approved.

*Actual props to Whitney for starting this new holiday tradition. This was a highlight of my life.

DO: Enjoy your company’s open bar during your holiday party. Don’t apologize. Drink like they owe you somethin.

DON’T: Drop a 12 pack of beer inside a Koreatown mall at 3am and leave without cleaning it up.

PRO TIP: If you want some extra holiday entertainment, tell your boss that the magician that you’re watching at The Magic Castle is “eye-fucking the shit out of him” and watch him squirm until he runs out of the room in a panic. Don’t let him back in the room after he leaves.

DO: Attend a family event that you’ve been dreading for months armed with an arsenal of brilliant answers to holiday classics such as “why are you still single?” “Whatever happened to that nice boy you dated?” And my personal favorite, “you know you’re almost thirty. Have you considered Match.com and a gym membership?”

DON’T: Answer every question with “as of 9 am this morning I have 400 matches on Tinder and all I have to show for it is a pregnancy scare, a folder of dick pics, and a bucket of shame spirals on the ready.”

DO: Tell yourself you’re going to go to the gym every day before the holidays

DON’T: Actually go to the gym. That hangover looks pretty bad, and you should probably drink some water and stay horizontal. You’ve earned it.

PRO TIP: Guilt your roommate into driving you to the bagel place on a weekend morning by listing out all the ways you’re a good friend to her and keep talking until she gets so frustrated that she drives you. You just saved $9 on delivery!

DO: Eat whatever you want – in moderation. It is the most wonderful time of the year and you don’t want to deprive yourself.

DON’T: Talk yourself into eating an entire tray of Peppermint Bark that you made to share with your coworkers. A couple slices won’t kill you but an entire tray might.

DO: Make it into work before the breakfast burritos are gone the morning after the holiday party.

DON’T: Talk shit about your coworkers. Lol just kidding. Why else would you come to work? Maybe don’t talk shit about the coworkers you like. Unless it’s really funny.

PRO TIP: You didn’t witness the best stories of the night. Talk to your coworkers. Get the dirt about who was doing coke in the bathroom all night. Who fell down the stairs, who made out with who and definitely who threw up under a table.

DO: Blast the hell out of “All I Want For Christmas is You” every single time you’re in the car.

DON’T: Play it after the 26th. There’s a time and a place for this Christmas classic and you will not ruin this yearly tradition for me. NOT EVEN YOU NICK CANNON!

PRO TIP: Throw in some Otis Redding “White Christmas” to bring you back down to earth and up the cool factor.

PRO PRO TIP: “Baby It’s Cold Outside” is for sure a song about rape. Avoid. 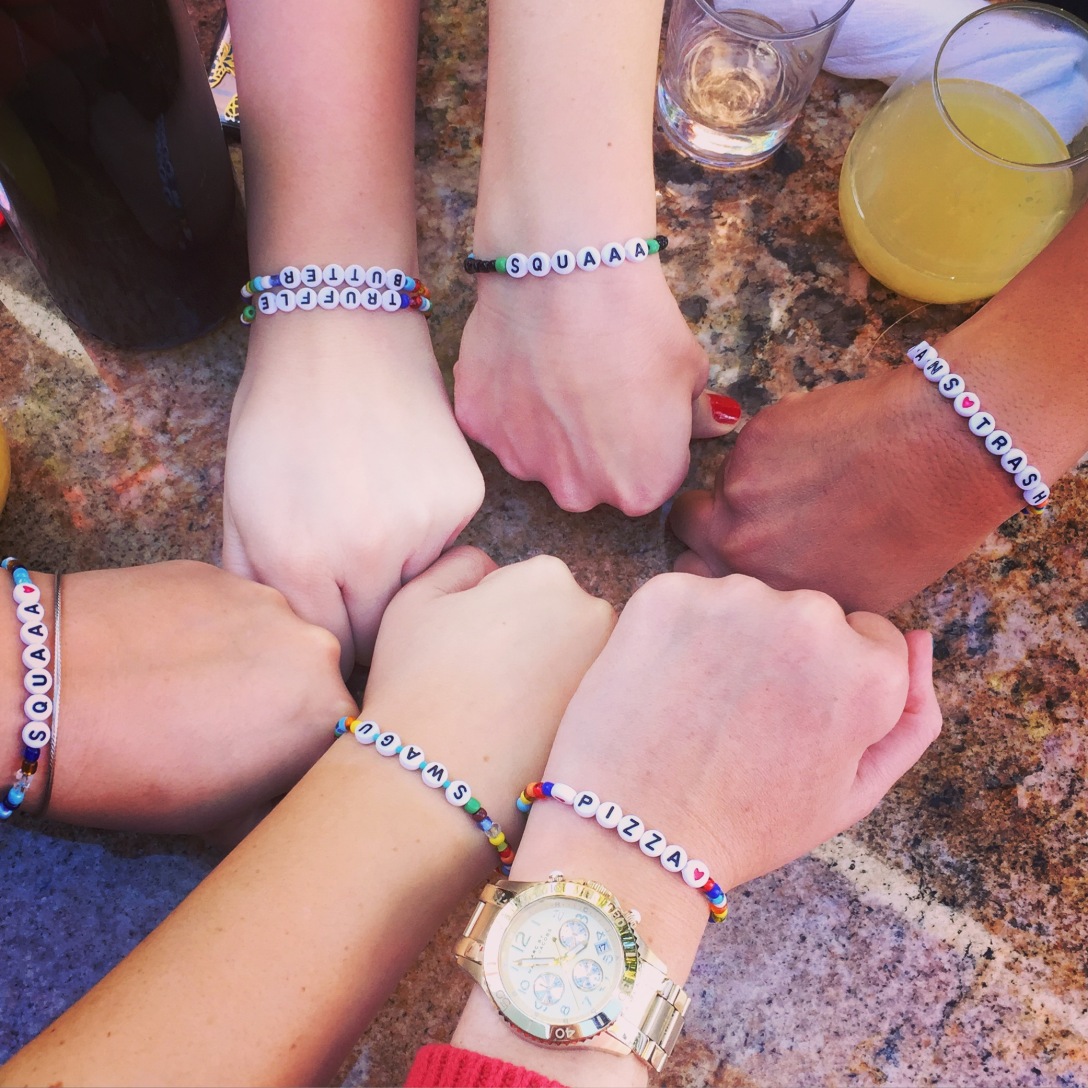